The mission of the YWCA is peace, justice, freedom, and dignity for all. This vision can not be achieved until there is racial equality in our nation. This is a challenging yet critical conversation in communities such as ours with predominantly white populations. Each year, the YWCA awards the Nancy E. Peace Award to a community member who has accepted that challenge and who, through their professional or volunteer lives, has made valuable contributions towards eliminating racism, fighting prejudice, and celebrating diversity. The award is presented annually at the YWCA’s Martin Luther King, Jr. Event in January.  Nominations are accepted from members of the community during the fall of the year. Complete the and return it to the YWCA. Nomination forms to follow for 2023.

The Nancy E. Peace Action Against Prejudice Award was established in 1998 by the YWCA Greater Newburyport to recognize individuals who, through their professional or volunteer lives, have made valuable contributions towards eliminating racism, fighting prejudice, and celebrating diversity. We welcome nominations for any adult or youth who lives or works in one of the communities served by the YWCA Greater Newburyport: Newburyport, Newbury, West Newbury, Amesbury, Merrimac, Salisbury, Georgetown, Rowley and Ipswich, MA; and Seabrook, Hampton, Hampton Falls and Kensington, NH. 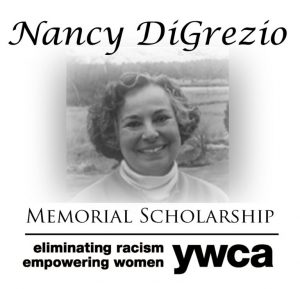 The Nancy DiGrezio Memorial Scholarship was established in 2007 in memory of former YWCA Board Member Nancy DiGrezio, a long-time local advocate for social justice. The scholarship is awarded annually to a high school senior who lives or attends school within the YWCA Greater Newburyport’s service area* who is a leader and peacemaker among her or his peers; whose actions exemplify tolerance and understanding of differences; and who, by example, empowers other students to respond to acts of intolerance and discrimination.

The YWCA will accept scholarship applications (closed 2022) beginning on the national celebration of Martin Luther King, Jr. Day. An application screening committee of the YWCA Board and community members will select the scholarship recipient. The scholarship will be announced at the Annual Meeting of the YWCA Greater Newburyport and will be awarded to the recipient at the year-end senior awards assembly at the recipient’s high school, so that he or she may be recognized in front of his or her peers, teachers and family.

Nancy DiGrezio actively lived and loved the mission work of the YWCA. Her tireless efforts on behalf of affordable housing, peace, diversity, and tolerance were constant yet gentle reminders of the ongoing need for the YWCA’s mission work and how one person can have a tremendous impact on the lives of others in our community. During her tenure with the YWCA Board of Directors, Nancy chaired the organization’s Advocacy Committee and Co-Chaired the 2005 and 2006 Martin Luther King Jr. Annual Breakfasts. In 2005, she advocated on behalf of the creation of the Mayor’s Commission on Tolerance and Diversity, and was a charter appointee to the Commission by Mayor Mary Anne Clancy.

The Connie Grasso Award was established in 2015 by the YWCA 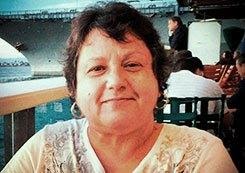 Greater Newburyport to recognize individuals who, through their professional or volunteer lives, have impacted their community positively by supporting women’s health issues as Connie did. As an employee of the YWCA, Connie was passionate about growing and furthering the reach of programs like YWCA Encore Plus, and My Life, My Health, which improved the lives of women and those suffering from the effects of breast cancer and chronic disease. Through the establishment of this award, we hope to shine the light on members of our community who share Connie’s passion and commitment to community and women’s health. 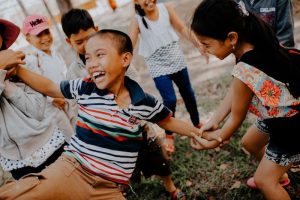