Our Board is composed of 14 Directors. In order to promote leadership in young women, High School Students are encouraged to participate on the Board of Directors. Students are permitted to serve one-year terms instead of three-year terms: 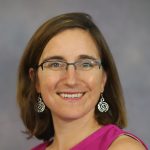 and solutions to meet clients water infrastructure needs.  holds a Bachelor of Science and Masters of Science in Civil/Environmental Engineering. Margaret lives in Amesbury with her family and has been engaged with the community as a volunteer serving several years as coach and Board Member for the Amesbury Soccer Association, as a Math Tutor at Girls Inc, Science Fair Judge and participant in Pan Mass Challenge. I am honored to be on the YWCA Board to live out the mission of “eliminating racism, empowering women and promoting peace, justice, freedom and dignity for all.”

achelor’s of Science degree in Business Administration from Emmanuel College and is a member of ISC2 (International Information System Security Certification Consortium) and retains the following certifications CISSP (Certified Information Systems Security Professional; Systems Security Certified Practitioner (SSCP), Comp TIA Security+, and Microsoft Certified System Engineer (MCSE). What drew me to serve on the YWCA Board was the mission statement that the YWCA is “dedicated to eliminating racism, empowering women and promoting peace, justice, freedom and dignity for all.” What attracted me to the YWCA of greater Newburyport was the racial justice and affordable housing committees in hopes of serving on at least one of the and I do!

I am retired from a 30 year career in banking, primarily in the area of compliance and risk  but also in community reinvestment.  I serve on the Salisbury Affordable Housing Trust,Planning Board 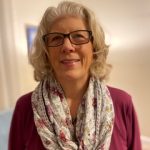 and on the AuditCommittee of the New Hampshire  Fund. Affordable Housing, Gender Equality, and Racial Justice are important issues and its critical that we effectively find solutions.   I believe that the YWCA is positioned to make impactful progress in these areas. I have two grown daughters and reside in Salisbury with my wife, Anne.

Neesha is the Deputy Chief of Staff for Congressman Seth Moulton (MA06). She has a Master’s in Public Administration from the University of Massachusetts Boston. Neesha has a commitment to public service and to bringing government to the people it serves.

Jessica Baylor is a Program Officer at the Klarman Family Foundation and has experience across the for-profit and nonprofit sectors in a variety of human resources and philanthropic-related roles. Jessica has a certificate from the Society of Human Resources Management (SHRM-CP) and earned a Master’s degree in Organizational Change Management from the New School and a Bachelor’s degree from the College of Wooster. In addition to the YWCA Newburyport, Jessica is on the Steering Committee for the Boston Chapter of EPIP (Emerging Practitioners in Philanthropy), the Diversity, Equity & Inclusion Alliance for the City of Newburyport and serves on the Graduate Council for the Noble and Greenough School. She lives with her family in Newbury, MA.

company’s reputation as respected culinary leader is the work of powerhouse proprietor and wine aficionado Nancy Batista-Caswell, whose success record is testament to her savvy in designing modern restaurant offerings that match contemporary diner values and preferences.

Courtney Hutchinson, M.A., MSW, LICSW is the Assistant Director of the Amesbury Council on Aging as well as the Program Manager for the Elder Mental Health Outreach Team in the Greater Newburyport area. Courtney is also a licensed Psychotherapist and 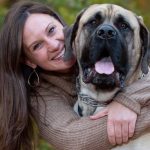 private practice working with individuals over the age of 18. Courtney holds both a Masters in Criminal Justice as well as a Masters in Social Work degree from Boston University. In addition, Courtney holds a Graduate Certificate in Domestic Violence prevention and has many years of experience working with women and children in domestic violence relationships.
It is a privilege to be able to serve on the board of directors of the Greater Newburyport YWCA. As a local social worker and psychotherapist, I have seen just how many people the YWCA has served and continues to serve by living up to their mission statement of “eliminating racism, empowering women and promoting peace, justice, freedom and dignity for all.” I am honored to be able to donate my time to an organization that has helped change the lives of so many.

Julia McDonald is a Senior Manager in the Risk & Financial Advisory practice at Deloitte. She helps her clients address their top IT risks and specializes in the Consumer industry. At Deloitte, Julia also is a member of the New England Women and Allies Group, which strives to empower  allyship and change for women in the workforce. Aside from her experience at Deloitte, Julia loves to spend her free time baking for friends and family’s events and parties.

Julia holds a B.S. in Accounting from Elon University. She grew up in Amesbury and now resides in Newburyport with her partner and dog Tinsley!

Hannah MacVane is an Account Manager at Matter Communications, specializing in Public Relations and having worked with a variety of companies ranging from non-profit organizations to Fortune 5 corporations. In additio

n to her involvement with the YWCA of Newburyport, she also serves on the Marketing Committee for the Jeanne Geiger Crisis Center, which strives to empower individuals and engage communities to end domestic violence. Hannah holds a B.A. in Communications from the College of Charleston, as well as Minors in Spanish and Dance, and resides with her husband in Amesbury, MA.

Maricelis Ortiz, (BA Psychology and more than 30 + years of experience) is the Administrator of Children and Family Services for the YWCA Northeastern Ma where she has workked for 25 years . She is responsible for the operation of all Youth Services programming implemented by the YWCA and has special expertise in gender specific programming and agency management.  She works collaboratively with other directors and staff to provide YWCA youth services in a culturally competent, age-appropriate model. She is a bilingual / bicultural member of the community, where she also has a strong presence with

community partners. She is married to her high school sweetheart of 33 years. He is a Lawrence Firefighter and together have 4 children, 3 boys and a girl ages 23, 20, 14 and 12. She is currently pursuing her master’s at Bay Path University in Nonprofit Management and Philanthropy.

Tiﬀaney is originally from Seattle, WA where her lifelong passion for environmental was cultivated.  She is a former Union Carpenter who recognized a need for improvements to the construction industry in the forms of diversity, eﬃciency, and environme

ntal sustainability, which led her to start her own construction ﬁrm focused on social and environmental consciousness.  In her spare time she enjoys advocating for youth in foster care, volunteering with her local land trust, eating delicious food, and spending time with her son Julian.  Tiﬀaney is honored to serve on the YWCA of Greater Newburyport’s Board of Directors and Aﬀordable Housing Committee where she is committed to helping increase the availability of aﬀordable housing while advancing the YWCA’s mission of eliminating racism, women and promoting peace, justice, and dignity for all.”

and external communication systems,behavioral pr research and strategic planning and serves clients in all industries, from nonprofits to Fortune 50 companies. Robin is an accredited member of the Public Relations Society of America (PRSA) and a member of PRSA’s College of Fellows, where she serves as co-chair of the Mentoring Committee. Robin has lived in Amesbury, MA with her husband Todd for 30 years and has been

involved in her community as a volunteer for LUNGSTRONG, a nonprofit organization dedicated to funding innovative lung cancer research and the Called to Care committee at Main St. Congregational Church. She also mentors college students through her alma mater, University of NH, and participates in the Amesbury Rotary Readers are Leaders program. She was drawn to the YWCA because she is passionate about affordable housing and creating opportunities for women.

The YWCA Greater Newburyport is a Massachusetts Charitable Corporate organized under Massachusetts General Laws Chapter 180 and is also an exempt organization under IRS Section 501 (c)(3). As such, it has a volunteer Board of Directors who meet throughout the year to: ensure that the YWCA Greater Newburyport works to fulfill its mission, develop and implement a strategic plan, provide financial oversight, including conducting an annual audit, and serve as ambassadors of the YWCA throughout the community.

The YWCA Board of Directors conducts much of its work through committees. Several of these committees are open to non-Board Members including Affordable Housing, Development, and Racial Justice. People interested in supporting the work of the YWCA through one of these committees should contact the Executive Director.

The YWCA Greater Newburyport is governed by its by-laws which allow the Board to select its own Directors at the annual board meeting or whenever a vacancy exists. Those who are interested in serving on the Board, should complete an application and submit it to the Executive Director.  Because the Board is limited in size, not all who wish to serve on the Board will be considered.

All Board Members and Committee Members are subject to the YWCA’s Standards of Conduct and must complete an annual  Conflict of Interest form. 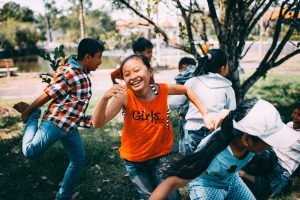 https://register.capturepoint.com/reg/login.cfm?cuBOBf3X0p4trnasCJNBkrfRqBFZAcM1ugTdgJwcwr%2BLxIFL2ZCtvf%2FwThe YWCA Newburyport offers a variety of programs. Click below to register for our programs online!

Those interested in serving on the Board should complete an application and submit it to the nominating committee for consideration. Because the Board is limited in size, not all who wish to serve on the Board will be considered.